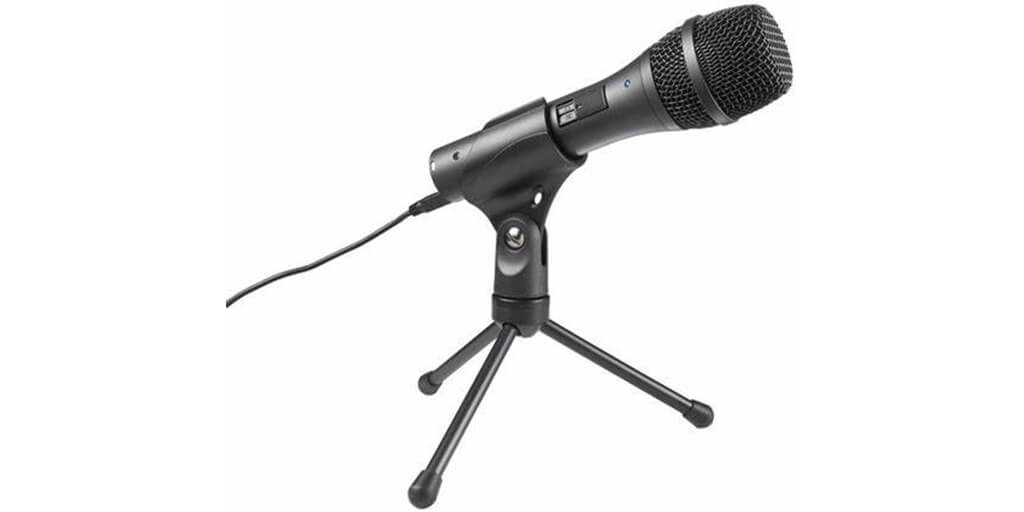 Last year I did a few videos for Techsnips, when I started pretty much everyone was like just get a blue snowball, so I did. Honestly, I should have known better. I always do my own research on products before buying. But especially should have done my research on what type of microphone it is. Back in high-school I recorded my friends and I’s band, as well as sometimes our school jazz band that I also played in.

What I learned back then was that condenser mics pick up everything. And I do mean everything. They are designed specifically to pick up 360 degrees of sound. Whereas a dynamic microphone, or a shotgun mic as they are sometimes called, largely only picks up whats in front of them. These are the same type of mics that are used in live settings at concerts for both acoustic guitars and vocals.

Of course if something is loud enough its going to come through on any mic. But if there’s one thing I’ve learned from doing photography, to audio/video recording and compression. Its that starting out with the best possible quality at first will save you a lot of time in the back end.

The Audio Technica has USB, as well as XLR connections, as well as a headphone jack for monitoring the mic output.

So with that said, I’ve done some audio tests with my Audio Technica AT2005USB mic and my Blue Snowball mic.

There’s two audio tracks, they’re exactly the same, except the second one I applied noise reduction and some compression. I did this because why would you record raw audio and not try to make it better for your video?

If you listen to the second clip, the first thing you might notice is that you can’t hear my Dell R910 lab running at all, but you can with the Blue Snowball. Despite the noise reduction having been applied.

This is the Audio Compression and Noise Reduction (NR) settings I applied equally to both mics in the second clip.

Literally the recommended default NR takes away the noise with the Audio Technica mic.

The last test I did, I stepped away from both microphones and then spoke. This is where you can literally see the difference between the two mics. With the condenser mic my voice is picked up louder than the dynamic mic.

Finally, this is my elaborate setup for this audio and my Azure Advent Calendar video.

Yup thats it. No sound proofing, mic is sitting on hard reflective surface, no covering myself in a comforter to record, yes some in the community have done this to try to get the best audio. Or putting the mic in a sound proof box, which I also tried. At one point during recording my Azure Advent Calendar video the dryer was going on right down the stairs from me and you can’t hear it in the audio at all.

Try out a dynamic microphone. I couldn’t be happier with the output of the mic, especially with literally no sound proofing.  When you search on google for “mic for podcasting” or “recording” literally all the recommendations are for condenser mics. I don’t understand, it. Even recording a podcast I would want discrete audio tracks instead of everyone sitting around 1 condenser mic. For recording videos more often than not you’re recording solo anyway. I would also guess that the vast majority of us have no sound proofed room to record in with a condenser mic. Could you probably improve the audio from the Blue Snowball microphone more in post processing? Probably. Could the Audio Technica audio be better too? Sure. You can also spend thousands or tens of thousands of dollars on Mics, recording equipment, sound proofing etc for small incremental improvements. Sometimes perfect is the enemy of good.